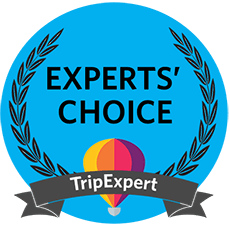 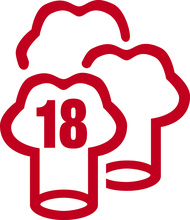 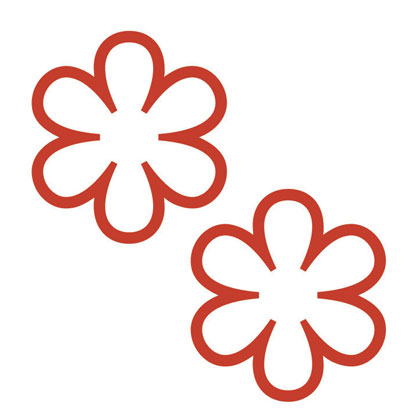 She is the brains and heart of reinstoff – Sabine Demel, general manager, business economist and life partner of Daniel Achilles.

For nearly 15 years, Sabine Demel and Daniel Achilles have shared their career path as well as their private lives almost as long. Born in the region of Siegerland, she completed high school with an Abitur certificate and started a degree programme at the Ruhr-University in Bochum. It was her big dream to become a music therapist. In order to finance her studies, she helped out at one of her friend’s restaurants. And there, she discovered her passion for gastronomy. After completing the first stage of her degree she consciously changed direction to the catering industry and began an apprenticeship to become a restaurant specialist at the Hotel Jagdhof Glashütte in Bad Laasphe. This is where she met Hans Horberth towards the end of her apprenticeship, whose ambitious plans allowed the hotel restaurant to rise to the next level into the gourmet league. His ambition, his knowledge and fine gastronomy made such an impression on the young restaurant specialist that, after nearly four years at the Jagdhof, Sabine Demel decided to switch to the level of star gastronomy.

Presented with quite a choice of restaurants, she toured all over Germany for six weeks to personally look into what this industry sector had to offer. She found the business of her choice in the south of the country, at the historic Gasthaus Schwanen in Haigerloch, with Bernhard and Susanne Diers. After less than a year, the (planned) change to the restaurant Am Marstall in Munich followed together with the couple Diers, where Demel was working as chef de rang and where she fell in love with Daniel Achilles, who was chef de partie at the time. In early 2002, they decided together to apply as a couple and managed to land a position with Christian Bau at the gourmet restaurant Schloss Berg. Here, Sabine Demel was appointed assistant restaurant manager and, even today, she claims that this stage in her career was a defining time. Rarely has she seen such a degree of uncompromising perfection and discipline.

After more than two years at the absolute top of gastronomy, the pro in the hospitality service finally needed a break. And since a vague idea of potential self-employment had already started to develop, Sabine Demel applied to the hotel management school in Heidelberg. In 2006, she successfully passed her examination to become certified hospitality manager. Then, she went back into the gourmet scene once more, joining Juan Amador in Langen. For her, he is still one of the best in his field without question; he, who created something unique and special with his restaurant, particularly back then. Here, Sabine Demel understood for the first time how much guests enjoy going to a gourmet restaurant to relish the cuisine and relax. To cherish indulgence and to be allowed to be oneself.

This interpretation of hospitality has become her philosophy, which she later realised together with her life partner Daniel Achilles at restaurant reinstoff. Today, the mother of a son is taking care of all the administration and accounting for the restaurant.